The world's only floating nuclear power unit (FPU) ‘Academik Lomonosov’ has left the territory of Baltiyskiy Zavod in St. Petersburg, where its construction had been carried out since 2009, and headed to its base in Chukotka. 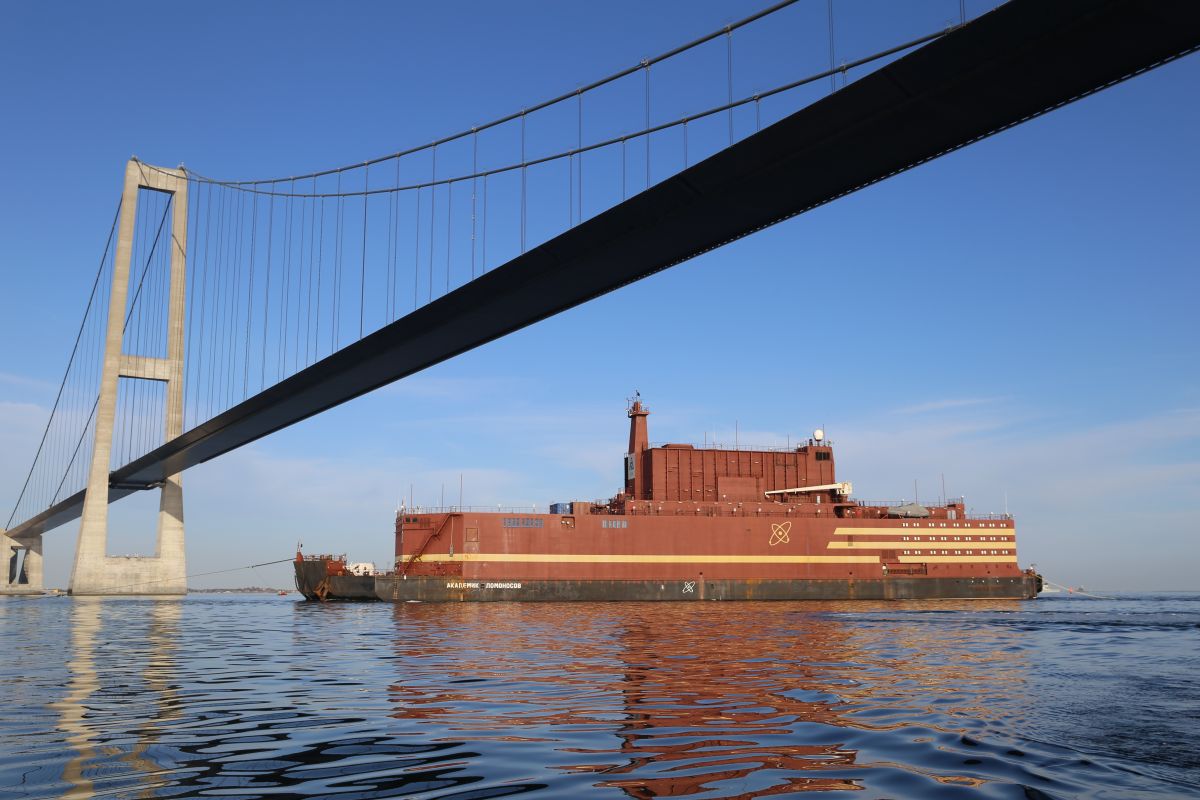 According to the Deputy Head of the Directorate for the Floating NPP Construction and Operation Dmitriy Alekseenko, the FPU towing to Pevek (ChAO) was planned in two stages: from St. Petersburg to Murmansk, and then from Murmansk to Pevek. ‘At the first stage, the FPU with no nuclear fuel on board will be towed from the territory of Baltiyskiy Zavod to the landing of Atomflot FSUE in Murmansk. Then, at the second stage (roughly in the summer of 2019) it will be sent from Murmansk to the seaport of Pevek, loaded with nuclear fuel and with the crew on board’, D. Alekseyenko said.

According to Vitaliy Trutnev, the Head of the Directorate for the Floating NPP Construction and Operation, in recent months the intensity of the work at the facility had significantly increased, which allowed Rosenergoatom Concern (the facility requestor) to be sure that the floating power unit was ready in time. ‘To date, a part of the work provided for by the contract with Baltiyskiy Zavod Shipbuilding has been successfully completed. At the next stage, which will be carried out on the territory of Atomflot FSUE in Murmansk, we have to solve the following important task – to prepare the facility for taking nuclear fuel on board’, V. Trutnev noted.

According to the agreement with Rosenergoatom, the entire range of towing and shunting services related to the floating power unit haul along the St. Petersburg-Murmansk-Pevek route will be provided by the Marine Rescue Service of Rosmorrechflot (the Federal Agency for Maritime and River Transport of Russia). According to the specialists’ calculations, the average speed of the towing caravan along the planned route under favorable conditions, and in the absence of any delays along the route will be approximately 3.5-4.5 knots.

All necessary construction works to create on-shore infrastructure are underway in Pevek. The pier, hydraulic engineering structures, and other buildings, crucial for the mooring of FPU and operation of a FNPP will be ready to use upon ‘Akademik Lomonosov’ arrival.

After ‘Akademik Lomonosov’ is towed to Murmansk, to the Rosatomtomflot site, there will be a solemn ceremony held with the participation of the media and the public.The nuclear fuel will be loaded into the reactor and it will be physically started-up in Murmansk this autumn. And at the same time the ready-for-operation FPU will be delivered along the Northern Sea Route to the work site, unloaded at the mooring berth, and connected to the coastal infrastructure in Pevek. After putting the FNPP into operation, which is planned for 2019, it will replace the Bilibino nuclear power plant and Chaunskaya TPP that are technologically outdated, and will become the most northerly nuclear power plant in the world.