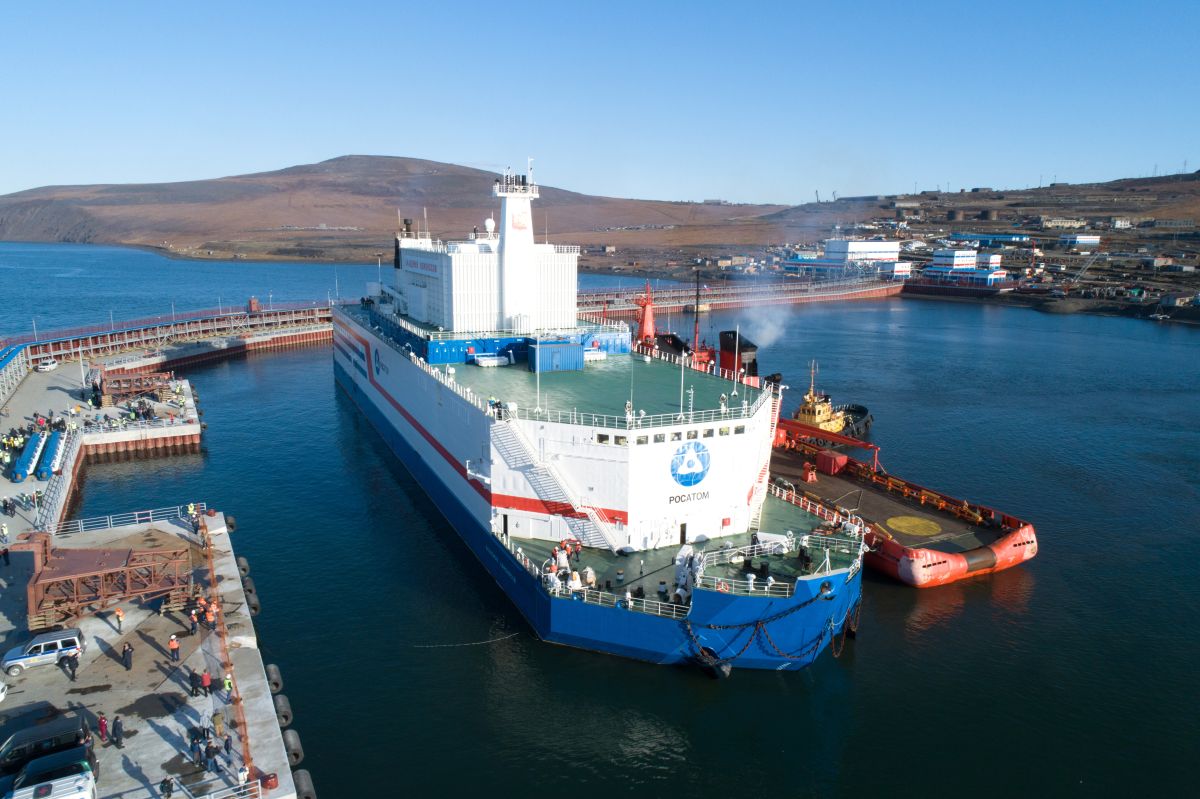 “So far, the floating nuclear power plant has only produced electricity. From now on, it produces two products: in addition to electricity, it also produces heat. The FNPP was originally designed to gradually replace Chukotka’s oldest coal-powered Chaun Thermal Power Plant, which was put into operation back in 1944,” - said Vitaly Trutnev, the head of Rosenergoatom’s Directorate for the Construction and Operation of Floating Nuclear Thermal Power Plants.
With the connection of the 5th microdistrict of Pevek 5, this part of the city is transferred to the so-called "closed system" of urban water supply. Traditionally, water supply in Pevek was carried out according to the "open scheme", when the hot water to the apartments comes directly from the heating network. A distinctive disadvantage of such a system is that in case of a heat cut-off, hot water is also disconnected.
The connection of the rest of the city districts to the FNPP will be carried out in stages, as soon as the city heating networks are ready. As a result, in the near future the FNPP will be able to fully replace the Chaun CHPP.
The FNPP was fully commissioned on May 22, 2020 and officially became the 11th nuclear power plant in Russia and the northernmost one in the world. As of today, it has generated over 57 million kWh of electricity since its connection to the grid.

The FNPP’s electric capacity is 70 MW, thermal capacity is up to 50 Gcal/h.
Today the floating nuclear power plant covers about 30% of the Chaun-Bilibinskiy electrical generation system’s energy demand, and in the future, it will fully meet Chukotka's growing demand for electricity, becoming a reliable source not only for the city of Pevek, but for the entire region.

ROSATOM is the only company in the world that has the resources and competencies to offer energy solutions across the nuclear supply chain. It possesses a wide range of assets, including assets in design, construction and operation of nuclear power stations, uranium mining, conversion and enrichment, supply of nuclear fuel, decommissioning, spent fuel storage and transportation and safe nuclear waste disposal. Rosatom is also engaged in the production of equipment and isotope products for the needs of nuclear medicine, scientific research, and materials science, the production of digital and of various nuclear and non-nuclear innovative products. The company’s strategy is to develop low-carbon power generation projects, including in the wind generation field. Today the company brings together over 300 enterprises and organizations and over 250,000 employees.

The 75th anniversary of the Russian nuclear industry

The year 2020 marks the 75th anniversary of the Russian nuclear industry. Russia has always been a pioneer in the peaceful use of atomic energy. In 1954, Russian scientists launched the first nuclear power station, and today Rosatom already has three units with the latest 3+ generation reactors. Over three quarters of a century thanks to the Russian nuclear industry nuclear units have appeared in many foreign countries, and today Rosatom is the leader in terms of the size of its foreign portfolio. Rosatom has the world's only nuclear icebreaker fleet, the most powerful fast neutron reactor; it contributes to digitalization as well as nuclear medicine.