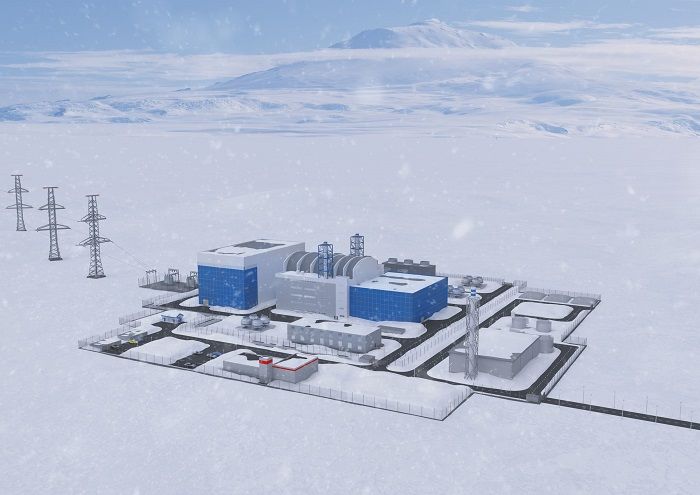 Elemash Machine-building plant, a fabrication facility of ROSATOM’s TVEL Fuel Company in Moscow region, has manufactured an experimental nuclear fuel assembly for the RITM-200N reactor, which will be installed at the world's first land-based small modular reactor nuclear power plant (SMR NPP) in the Republic of Sakha (Yakutia).
Construction of the nuclear power plant will enable to overcome the major infrastructural barriers for development of commercially attractive projects in the North Yakutsk Arctic zone and will ensure reliable power supply with stable electricity prices. The plant's installed electrical capacity will amount to at least 55 MW, while the service life of irreplaceable equipment will last for about 60 years.
The project in Yakutia is based on ROSATOM’s proven technology of RITM-200 marine propulsion reactors, which had been developed with consideration of the long-time experience of small-scale reactors operations on the vessels of the Russian nuclear ice-breakers fleet. On October 21, 2020, the flagship new generation icebreaker Arktika with such reactors joined the nuclear fleet, now it is in service on the Northern Sea Route. Four more RITM-200 power units will be installed on the similar icebreakers under construction.
While Rusatom Overseas company is responsible for the project of the small-scale NPP in Yakutia in general, TVEL Fuel Company of ROSATOM provides funding and coordination of works for development of nuclear fuel for the land-based version of the reactor. The SMR plant is scheduled to be launched in Yakutia in 2028. In 2025, Elemash will start fabrication of the first fuel assemblies, the whole initial loading batch of fuel should be manufactured in 2026. Before the start of the batch production, the trial fuel assembly, manufactured at Elemash, and dummies of such model will undergo a range of the necessary pre-irradiation tests and studies.
For reference:
Small nuclear power plants are considered as optimal solution for a sustainable and reliable power supply to consumers in remote areas away from central grids, where construction of large-scale power facilities is not rational. They can also replace old diesel and coal-fired power plants which release high amounts of CO2 emission. SMR NPPs have a number of advantages in addition to the traditional benefits of nuclear generation.