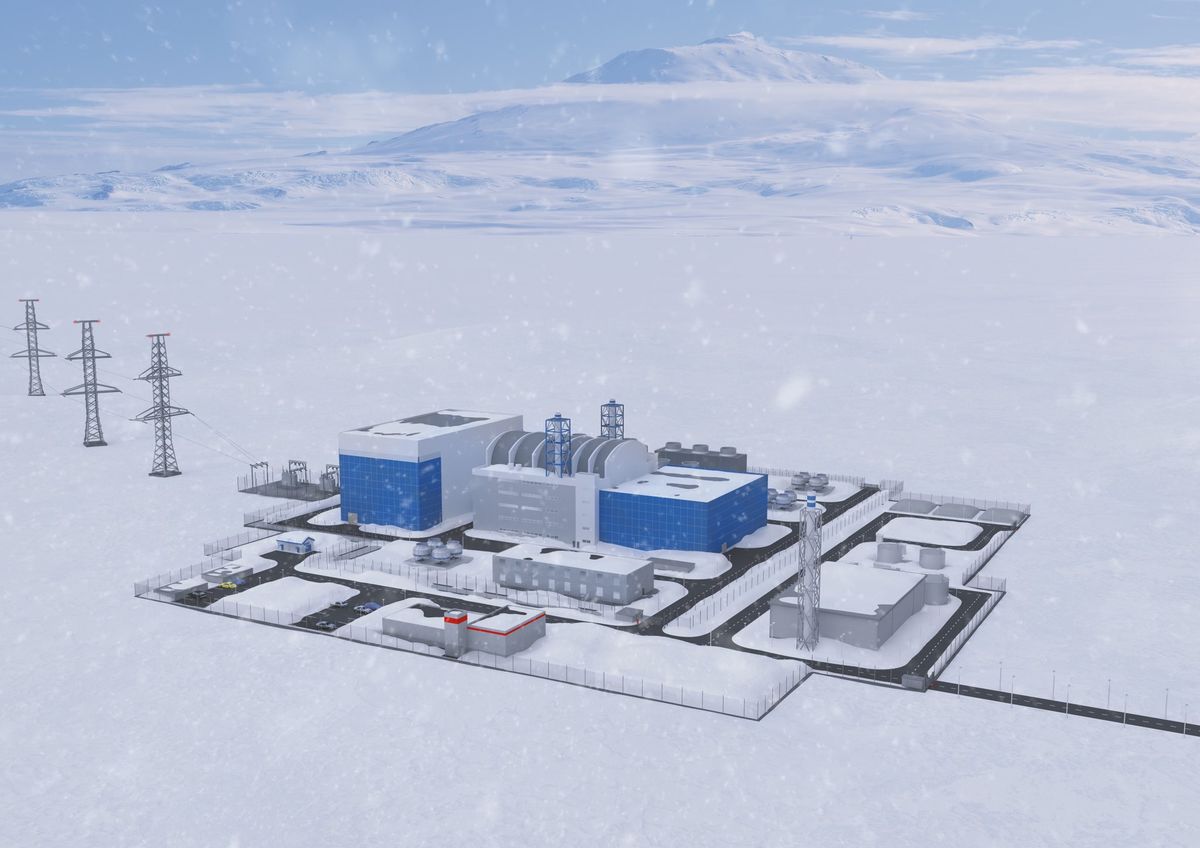 Under the agreement the Republic of Sakha (Yakutia) confirms the off-take of 40-50 MW of SMR electricity and its readiness to assist in SMR NPP siting. The construction of the SMR power plant will nearly halve the costs of electric power in Ust-Yansky District compared to the current prices.

The NPP project in Yakutia is based on RITM-200 reactors.  These reactors utilize ROSATOM’s 50+ year experience in operation of small reactors at the Russian nuclear icebreaker fleet. On 21 October 2020, the new generation Arktika icebreaker with RITM series SMRs officially joined the Russian nuclear fleet. Four more RITM-200 reactors have already been installed at the 22220 project icebreakers that are currently under construction.

Aysen Nikolayev, Head of the Republic of Sakha (Yakutia), said, "I am confident that the SMR nuclear power plant will provide impetus to the development of Yakutia’s arctic regions and industries located in Ust-Yansky District, and improve standards of living of local residents."

Alexey Likhachev, Director General of ROSATOM, noted: "We are making an important step today in terms of constructing the first, new generation land-based SMR power plant in Russia. The implementation of this project will strengthen ROSATOM’s leadership at the global SMR market. Quite recently, the world’s only floating nuclear power plant Akademik Lomonosov was put into operation and now, merely a few months later, we started the implementation of land-based SMR NPP project. An important aspect of our foreign practices is that ROSATOM always follows the principle: first we build in our own country and only then offer technology to the market. Today, only the Russian Federation can offer such cutting-edge and referenced technology. There is no doubt that SMR power plants have a big future, both in our country and abroad."

SMR NPP can produce low-carbon hydrogen to be further used in various industries.

SMRs can serve as a reliable and clean source of heat and electricity both for mining facilities and for local residents in remote areas located in isolated grids. The new SMR NPP will replace coal-fired and diesel facilities in Ust-Yansky District and contribute to the reduction of up to 10,000 tons per year. The SMR nuclear power plant construction project will create up to 800 new jobs in Ust-Yansky District. Additionally, the SMR plant in Yakutia will provide non-intermittent and clean power to the Kyuchus gold deposit development project in the north of Verkhoyansky District, Yakutia.