The world’s only floating power unit (FPU) Akademik Lomonosov set sail for its final destination of Pevek, Chukotka, in Russia's Far East, where it will provide a stable supply of clean energy. 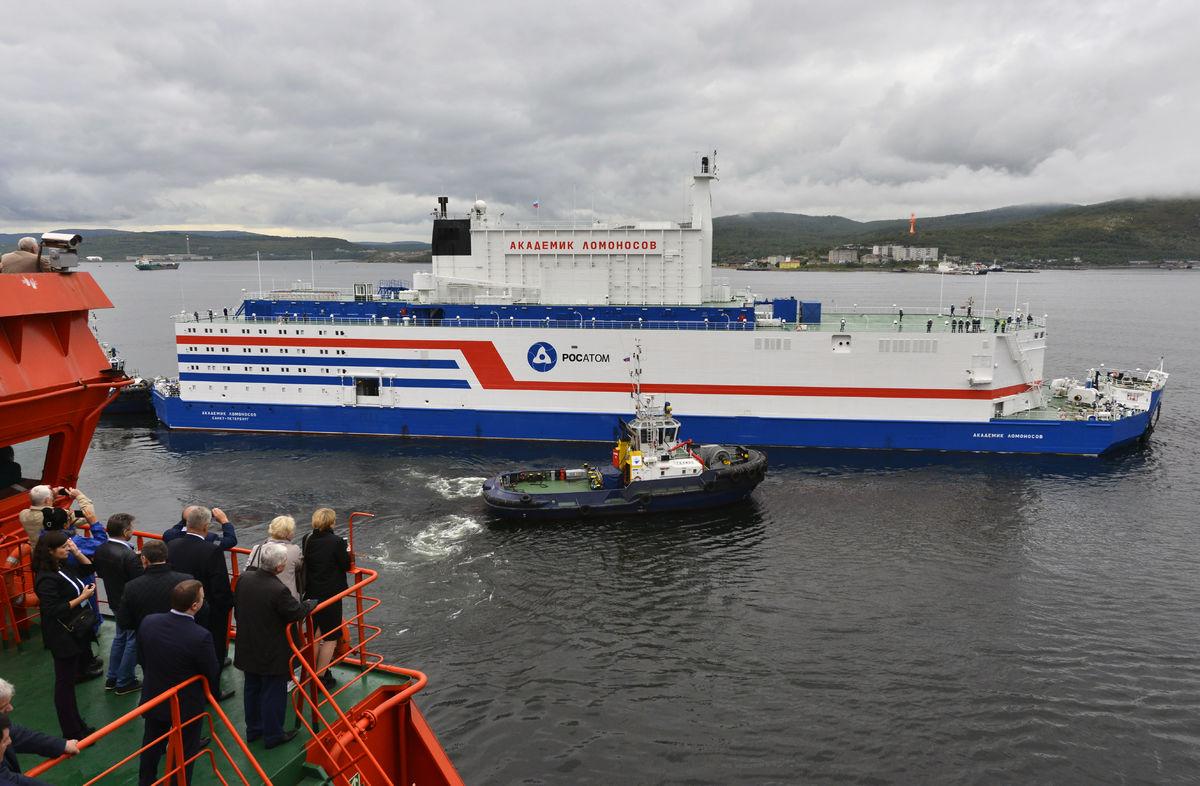 Rosatom Director General Alexey Likhachev gave the signal for the Akademik Lomonosov to set sail and said, "This is a momentous occasion for our company and for the Chukotka region. Today the Akademik Lomonosov begins its journey to Pevek, where it will guarantee clean and reliable energy supplies to people and businesses across the region. This amounts to a significant contribution to creating an Arctic future that is both sustainable and prosperous."

During the ceremony, the operating company Rosenergoatom was awarded a Russian Book of Records certificate confirming Akademik Lomonosov’s status as the world's northernmost nuclear installation. Upon completing the 4,700 km journey to Pevek, the floating nuclear power unit will become a central part of the region's power supply. There, it will operate as part of a floating nuclear power plant, replacing the outgoing capacities of the Bilibino NPP and the Chaunskaya CHPP.

The FNPP project is one of the most promising branches of small nuclear power reactors on the market today. It is especially suited to very remote areas and island states that require stable, green sources of energy. So far, significant interest in Rosatom’s FNPP technology has come from the Middle East, North Africa, and South-East Asia. Rosatom is currently working on second-generation FPUs, i.e. Optimized Floating Power Units (OFPUs), which will be built in a series and be available for export.