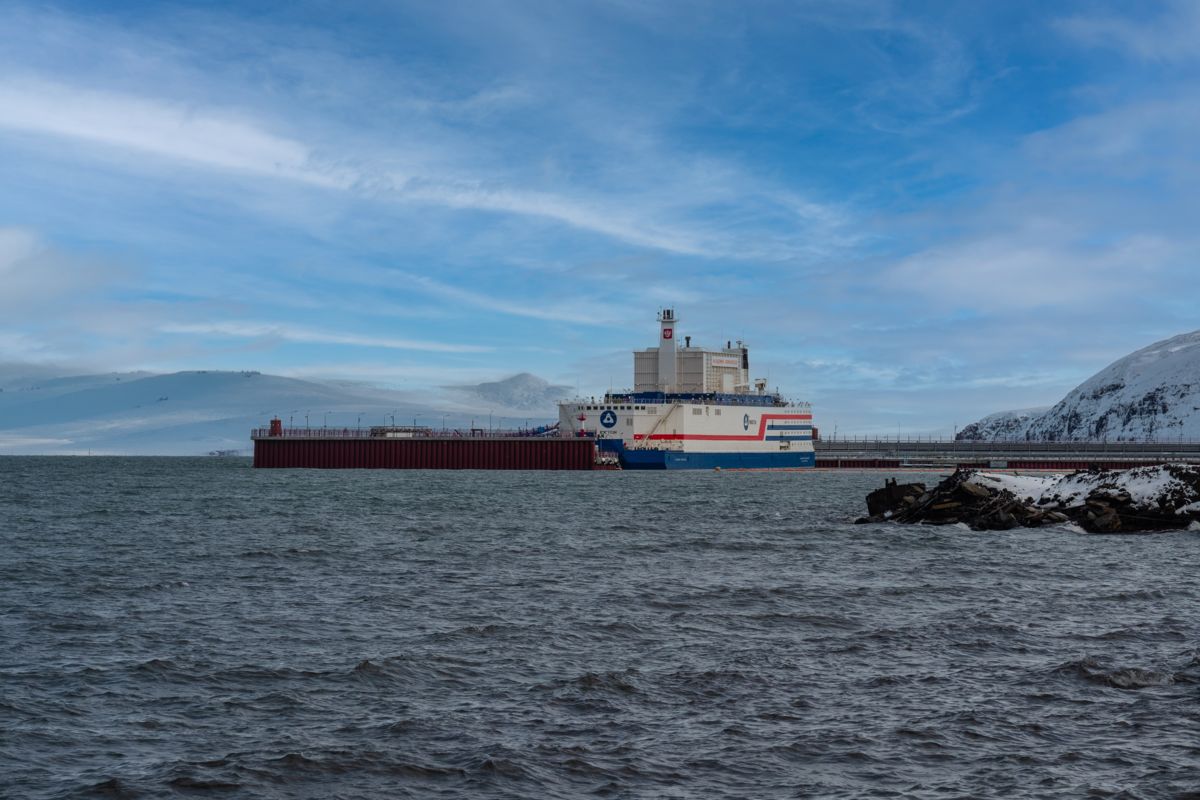 Participants were tasked with collecting and analysing data on the environmental and radiation safety of the floating nuclear power plant, as well as assessing the plant and its overall operation and communicating their findings to the public. The environmentalists carried out measurements both at the station itself and in the surrounding area, as well as in the city of Pevek.

Their findings showed that background radiation in both the vicinity of ​​the floating nuclear power plant and in the city of Pevek arise exclusively from natural sources: i.e., from natural radionuclides and cosmic radiation, and that the average value ​​of said radiation does not exceed 0.12 μSv/h in either location.

“More than 20 measurements were taken in the FNPP’s industrial area, as well as in the surrounding area and in the city of Pevek, and no artificial radionuclides were found at the surveyed sites. It has, therefore, been concluded that the operation of the floating nuclear power plant does not negatively impact the region’s radioecological situation,” said Aleksey Yekidin.

Alan Khasiev, chairman of the coordinating council of the interregional public environmental movement “Oka,” said: “Our programme has been in operation since 2010. During this time, we have carried out 44 full-scale environmental monitoring expeditions to most of the Russian-designed NPPs operating in both Russia and abroad, as well as to those under construction. The ecological expedition to the floating nuclear power plant and around Pevek is the latest stage of this programme.”

Green Party member and biologist Larisa Kosyuk said: “In the context of the carbon emissions regulation introduced by the EU, the FNPP project can serve as an example of green technologies in the energy sector. Such power plants will be especially useful in the regions of Russia’s Far North and the Far East, where there are no hydrological resources of energy, and the delivery of fuel – such as coal and oil products – is expensive. According to the International Energy Agency, nuclear energy is the second largest source of energy in the world, accounting for 10% of the world’s electricity generation.”

Kirill Toropov, deputy director of the local branch of Rosenergoatom JSC, told the expedition participants about the changes that have taken place in the town since the floating nuclear power plant has been connected to the grid: “Not only did the arrival of the floating nuclear power plant introduce an additional source of energy, it opened a new chapter in the development of SMR technologies in the region’s energy sector and in that of the country as a whole. Since its commissioning, the FNPP has already established itself as a reliable and innovative source of thermal and electric energy. One cannot help but notice its positive contribution to improving the environmental situation, both in Pevek itself (with a 30% reduction in soot emissions from the Chaunskaya CHPP) and in the surrounding bodies of water (as evinced by the restoration of flora and fauna in the Chaunskaya Bay and the return of seals and other species of marine animals).”

Ivan Leyushkin, head of the Pevek municipal district, noted the expedition’s importance for informing the region’s residents about the safety of nuclear generation. Leyushkin also spoke about the crucial role that the NPP is playing in the region’s development: “Since the floating nuclear power plant has started operation, 107 million roubles’ worth of socially significant projects have been implemented in the Pevek district. Our cooperation with Rosatom will continue in the future. In September of this year, a cooperation agreement was signed between the governor of the Chukotka Autonomous Okrug Roman Kopin and the Rosatom’s Director General Alexey Likhachev.”

Notes to the editor:

Equipped with two KLT-40S reactors, the FNPP is a source of 70 MW’s worth of electrical energy and 50 Gcal/h’s worth of thermal energy. It comprises the floating power unit (FPU) “Akademik Lomonosov” and onshore infrastructure designed to supply heat and electricity from the FPU to consumers.

Since its commissioning, the FNPP has carried out continuous industrial environmental monitoring, as well as monitoring of air, soil cover, sea water, bottom sediments, aquatic biological resources, as well as atmospheric emissions and the management of waste from production and consumption. The cost of the operation of the plant’s environmental protection system amounted to more than 17 million roubles in 2020. The NPP’s operation also made it possible to prevent more than 300 thousand tonnes of atmospheric CO2 equivalent emissions in 2019 and 2020.