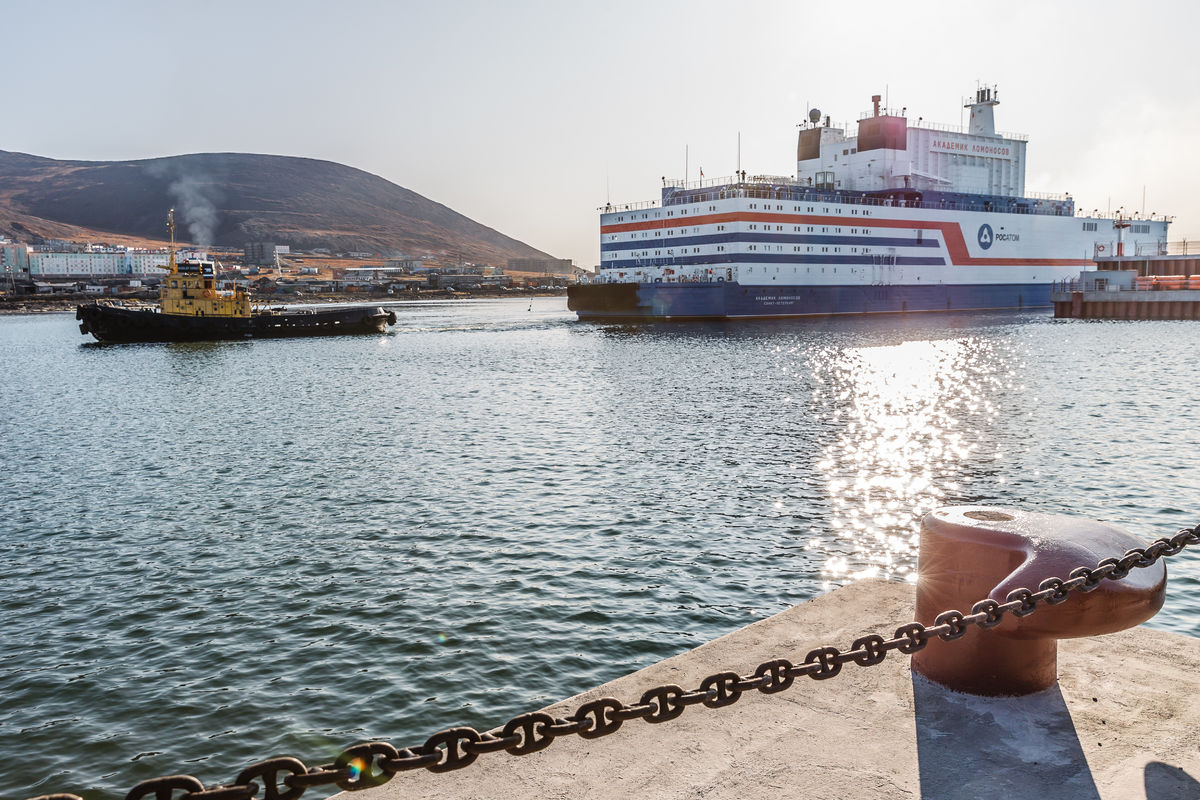 Once commissioned, it will become the world's first operational nuclear power plant based on small modular reactors (SMRs) technology; and a 'working prototype' for reliable source of low-carbon energy supply in remote areas.

​Rosatom’s CEO Alexey Likhachev said: "It’s maybe one small step for sustainable development in the Arctic, but it’s a giant leap for the decarbonisation of remote off-grid areas, and a watershed in the development of small modular nuclear power plants in the world. The project has been welcomed by scientists, nuclear energy experts and environmentalists across the world".

Agneta Rising, Director General of the World Nuclear Association, said: "To meet the nuclear industry’s Harmony goal of supplying at least 25% of the world’s electricity by 2050 we will need to bring the benefits of nuclear energy to more people in a wider range of locations. The Akademik Lomonosov is the first of a new class of small, mobile and versatile nuclear power plant that will supply clean and reliable electricity, heat and water, helping to meet the UN’s sustainable development goals".

Akademik Lomonosov is a pilot project and a ‘working prototype’ for a future fleet of floating nuclear power plants and on-shore installations based on Russian-made small modular reactors. The small power units will be available for deployment to hard-to-reach areas of the Russia’s north and Far-East, as well as for export.

​The total cost of the Pevek installation will not be disclosed until the project is complete but Rosatom’s spokesman said the technology is strongly competitive: “Once we begin to manufacture small reactors in series, SMR-based plants for remote areas have a good chance to produce electricity cheaper than diesel, saving money and preventing harmful emissions".